Earthquake Coverage: What You Need To Know 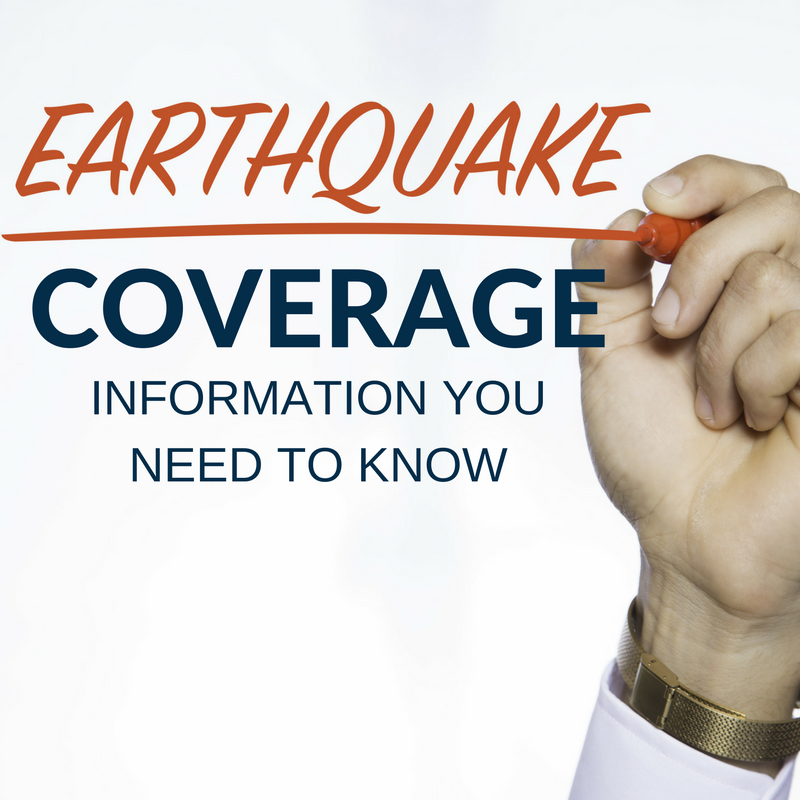 With the recent Oklahoma earthquake that rattled six neighboring states, including Missouri, many were left concerned about whether or not to purchase earthquake coverage on their insurance policy.

According to the Missouri Department of Insurance, Missouri is the third largest market for earthquake insurance among the states, exceeded only by California and Washington. This is largely due to southeastern Missouri sitting on the New Madrid fault line.

If you're looking to obtain earthquake coverage, there are several things you need to know:

Because it's not included on most homeowners insurance policies, earthquake protection must be purchased as separate coverage, called an "endorsement." This type of insurance requires that the earthquake is the direct cause of damage to the property. Natural disasters can, in many instances, trigger other events that may also damage property. One example is earthquakes causing bodies of water to produce waves, resulting in flooding.

Earthquake coverage pays for portions of damage caused by the shaking and cracking that can damage homes. Other damage indirectly caused by earthquakes may be covered by other insurance. Fire and water damage due to burst gas and water pipes - even though it may be caused by a quake - is generally covered by the standard portion of your homeowners policy.

Deductibles may vary, but most generally, the earthquake endorsement usually features its own deductible provision. Rather than a dollar amount, the deductible is a percentage of the limit that applies to the item insured. CFM requires a 15 percent deductible with a minimum of $250, applying separately to each building or structure, personal property, or the specific item of farm inventory insured.

Construction types of dwellings are used to determine earthquake coverage rates, and whether your home is even insurable. For instance, rates may be cheaper for wood frame homes, which can withstand tremors better than homes made of masonry such as brick and stone. Some insurers do not offer earthquake coverage due to the age and the number of stories of the home, and many insurers do not offer the coverage at all.

If you have a homeowners policy with CFM, please note that new requests for earthquake coverage will not be accepted for 30 days following an earthquake occurrence with a magnitude of 5.0 or higher on the Richter scale.

To see if you qualify for the addition of earthquake coverage to your homeowners policy with CFM, contact your agent today.