How Missouri's Youth In Agriculture Not Only Stole The Show, But Our Hearts At The 2019 Sale Of Champions 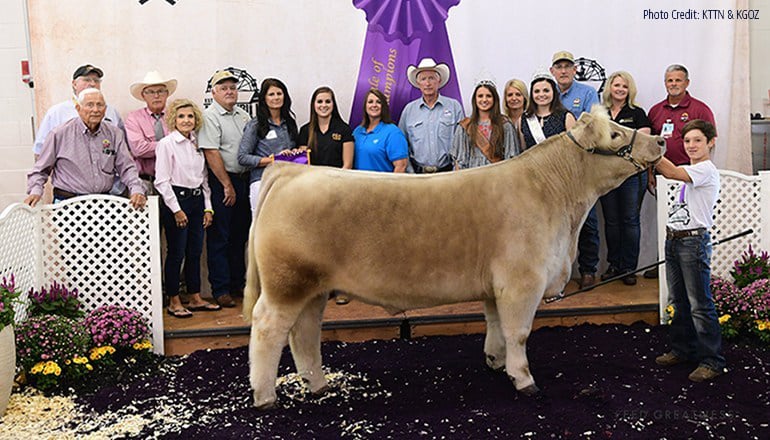 Let us just start by saying: If you've never been to the Missouri State Fair, you're missing out! From the epic carnival rides and addictive fair food to the prize-winning animals, informative exhibits, and sold-out concerts - the Missouri State Fair never fails to serve up memorable experiences for visitors, young and old.

As a supporter of the Missouri State Fair Foundation and Grand Champion Sponsor of this year's Fair, CFM had a front-row seat to all the hard work and long hours that went into making this 10-day event a massive success. The amount of behind-the-scenes work that goes on throughout the entire year on behalf of every employee, sponsor, exhibitor, and volunteer is mind-blowing. Even more outstanding, we quickly learned, is the amount of preparation it takes for each Youth in Agriculture member to raise, show, and part with their animals at the Sale of Champions auction.

CFM Marketing Director, Stacy Edgar, saw this undeniable dedication firsthand while attending and presenting on behalf of the company at the Sale of Champions event. In the months leading up to this year's Fair, Stacy had many conversations with the Missouri State Fair Foundation's Executive Director, Wendy Loges, about the direction CFM was wanting to take with this sponsorship. In the end, it always came back to one area of focus: helping to recognize, celebrate, and most importantly, invest in Missouri's young leaders in agriculture.

As a company, we wholeheartedly believe and have believed for over a century, that farmers and farm families truly are the pulse of our many wonderful communities in Missouri, providing so much more than just food on our plates. These humble, local heroes show us all the impact that hard work, ethical behavior, and leadership can have not only in our state, but the world as a whole. So, being able to support this ongoing legacy through events like the Missouri State Fair and Sale of Champions was a no-brainer.

For those unfamiliar with this famed State Fair event, here's a little background, courtesy of the Missouri State Fair website: 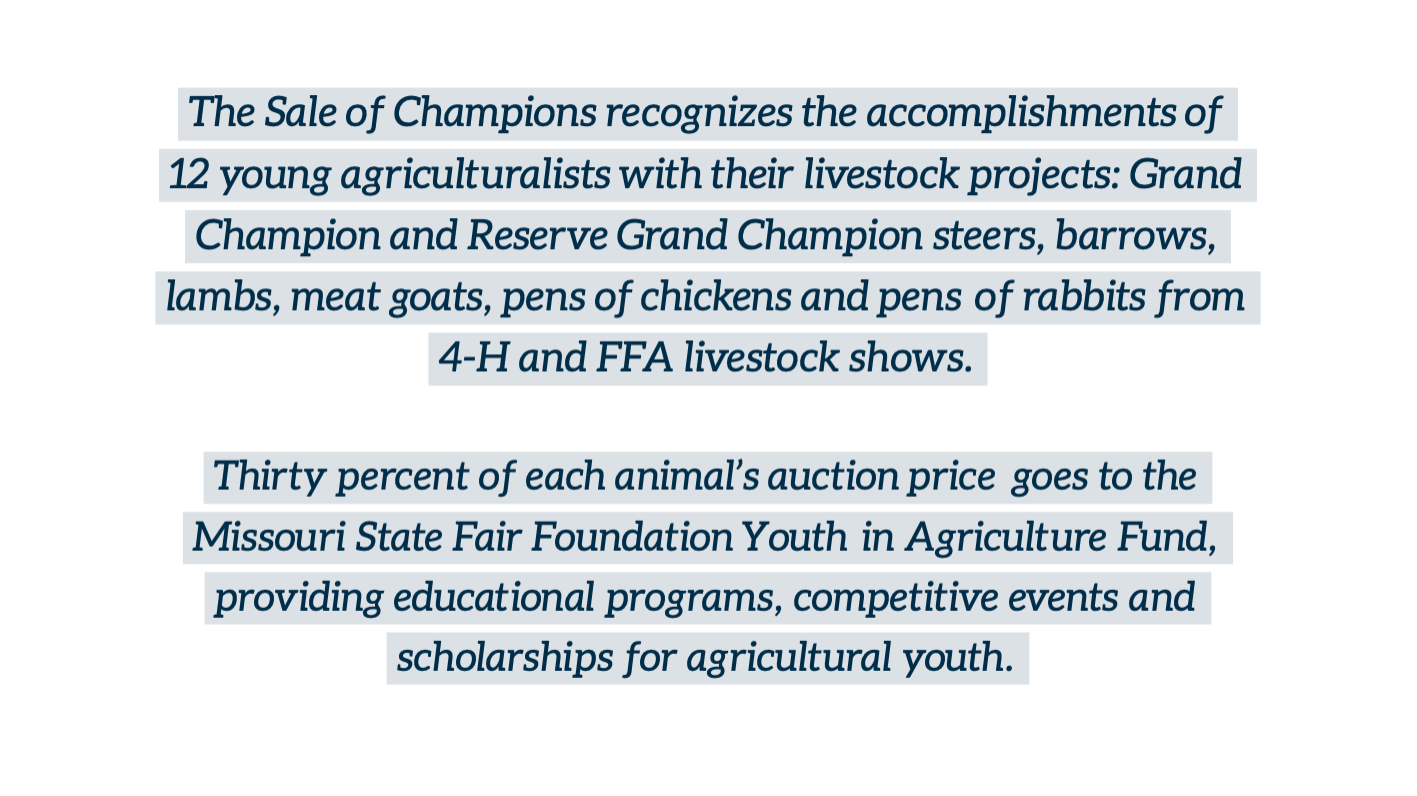 Prior to attending the 2019 Sale of Champions, Stacy, who had never been to the auction before, was most worried about not messing up her buyer's speech on behalf of CFM. But about two minutes into hearing the first exhibitor's speech and seeing the brave young speakers to follow, she quickly forgot about her own nerves and became emotionally invested in the kids and their unforgettable stories.

The event proved to be more eye-opening than Stacy had ever anticipated, sending her home with memories she'll never forget.

The Sale of Champion's biggest star, and our newest friend, was 12-year-old Gage Baker of Fulton and his 1,325-pound Crossbred steer, which sold for a record price of $39,500. CFM was one of many organizations to help fund Gage's prized steer, contributing $4,000. Additional funds donated by The Climate Corporation/Bayer, Youth in Agriculture, and hometown supporters made up the remainder of the steer's sale price and the beef was donated to the Missouri Food Bank Association/Feeding Missouri. More than 200 steers were shown at this year's State Fair in both 4-H and FFA, so Gage has much to be proud of in taking home this major accomplishment.

The incredible show that Missouri's Youth in Agriculture put on at this event are just one of the many reasons CFM will always choose to support community-centered causes like the State Fair, rather than spending marketing dollars on overpriced celebrity endorsements, catchy jingles, or Super Bowl Ads. We were built in Missouri, by Missouri, over 150 years ago. And today, our roots are still right here, where they belong, in every county of the state. CFM has never been more proud to be Missouri's insurance company and we can't wait to see the level of excellence that next year's Fair will bring. We hope you'll be there, too.

Until next year, Missouri.